A series of one-hour radiophonic mixtapes curated by Dimitris Tsironis (aka melophobia).

1tracktape & DSR present an one hour show of unusual sonic findings from the early days of recording history, enhanced with music from the vaults of 1tracktape and Default Standard Records. Digitalized cylinder and shellac recordings along with modern multinational underground releases.

1tracktape - Arrhythmia is a bi-monthly transmission of music lost in time that merges everything from old radio commercials and cassette culture gems to contemporary experimental electronics and field recordings. This explorative sound art unearths obscure music artefacts in the form of sound collage and audio manipulation. Decorate time with music that you were never aware that existed or you thought it was long forgotten. 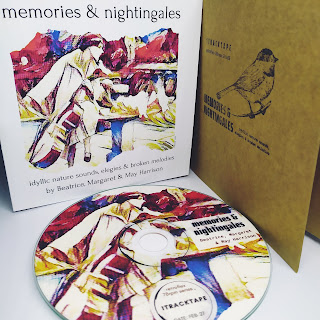 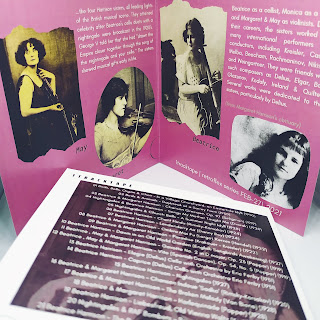 The sounds of our everyday life coexist as music. From the beginning of the recorded history, several artists and producers recorded individually or in combination with original musical works, nature (field) recordings and environmental sounds. But there is always a first time. 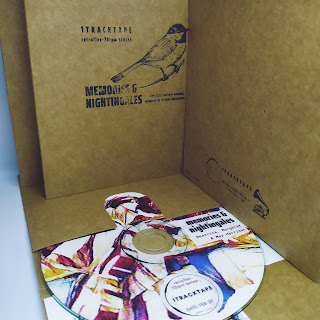 "...the four Harrison sisters, all leading lights of the British musical scene. They attained celebrity after Beatrice's cello duets with a nightingale were broadcast in the 1920's. George V told her that she had "drawn the Empire closer together through the song of the nightingale and your cello." The sisters showed musical gifts early in life. Beatrice as a cellist, Monica as a singer and Margaret & May as violinists. During their careers, the sisters worked with many international performers and conductors, including Kreisler, Casals, Melba, Beecham, Rachmaninov, Nikisch, and Weingartner. They were friends with such composers as Delius, Elgar, Bax, Glazunov, Kodaly, Ireland & Quilter. Several works were dedicated to the sisters, particularly by Delius."

Margaret Harrison, for her sister Beatrice:

"My sister loved going out in the garden or the edge of the wood and she liked to work and practice there in the evening. One night she heard a lovely bird singing and she was so excited. Next morning she spoke to one of our two dear old gardeners and said, 'Hockham, I heard a wonderful bird last night', and he said, 'The nightingales have come back. They've been gone a long time from here but they've heard your playing and come back.'

Every night Beatrice used to go out and play, if it wasn't raining, of course. She was playing the Elgar concerto with Elgar at the Central Hall in London and, talking to the announcer, said, 'I've got such a wonderful nightingale in the wood, I do wish you could broadcast it so other people can hear it, even abroad.' He replied, 'Well, I'll have a word with Captain Eckersley, the head engineer, and see what he thinks.'

Two or three days later Captain Eckersley (Captain Peter Pendleton Eckersley, the pioneer of British broadcasting and the first Chief Engineer of the BBC from 1922 to 1927) rang and said, 'I think it would be possible; I'll come down and see you.' Beatrice showed him where she played to the nightingale and he said, 'We'll try it.' So they brought down their paraphernalia, tested it and found it feasible, and one night in May (the 19th of May, 1924) they did it, and again the next week and the following year with two microphones. (The live broadcast session was repeated every spring for the following 12 years!)

It was heard in Italy, Paris and London, even as far away as New Zealand, and we got thousands and thousands of enthusiastic letters from people all over the world."

That was the first time that radio listeners heard a cello playing while nightingales sang live from the woods around Harrison's home in Oxted, attracted by the sound of her cello. 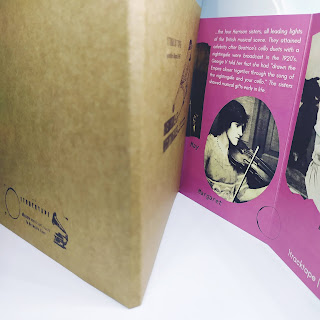 the greek immigrant musician in the 20's
(historical recordings in America) 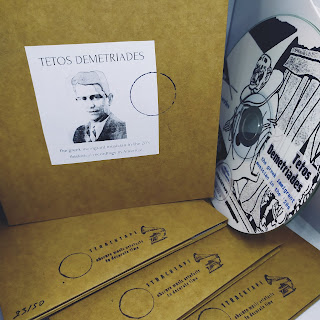 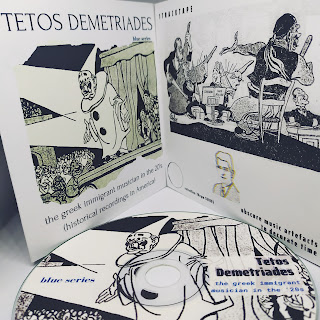 Tetos (Theodotos) Demetriades was a composer and singer from a family in Istanbul (where he was born in 1897) who immigrated to America in 1921 (a time of great unrest and conflict that ended with the Asia Minor Catastrophe and the uprooting of the Greeks). In the spring of 1922 he began recording on behalf of the American Recording Companies: Columbia and Victor (after 1927 he continued exclusively with the latter). For RCA Victor and its subsidiary Orthophonic (which was managed by Tetos for Greek and Turkish music releases), he made many trips to Greece (and Turkey) between 1929 and 1935 and recorded with other classical organists, singers and rebetes of the season.
The recorded work of the composer, guitarist, lyricist, singer, director, actor and producer extends to various genres such as orchestrated pop songs, operetta, rebetika (greek-folk songs) and well-known light songs of the time in Greece. Much of this audio material was recorded and thus saved on hundreds of 78 rpm shellac records until the end of World War II. He used several pseudonyms to give a different identity but also possibly to escape the record obligations, among them: Tetos Demetriades, Takis Nikolaou, Nontas Sgouros, Tetos Demey and Tedis. He was the brother of the singer Tassia Demetriades and the cartoonist Fokionas Dimitriadis (whose work adorns the cover of the collection). Tetos Demetriades recorded the traditional Eastern Mediterranean song "Misirlou" (roughly translates to "Arab Land") for the first time in July 1927 in New York. It was noy until 1934 that Nikos Roubanis (a Greek-American Byzantine music teacher) submitted a copyright claim to the music of "Misirlou".
In the late 30's and 40's Tetos took various positions in the RCA Record label while until 1945 he was in charge of International A&R. In the late 1940s, on his personal farm in New Jersey, he set up his own disc-cutting vinyl factory, and also founded a copyright management company. Through its own Standard Phono Company it expands into non-English speaking markets with numerous releases in Russian, Polish, Latin American, Italian, German, French, Hungarian, Irish, Scandinavian, Czech, Slovak and Hebrew. Thus in 1950 Teto's record label was characterized by Billboard as one of the most important American companies specializing in international repertoire. The selections were based on less popular artists and recordings that in the long run increased sales from the usual lightweight selection chart hits.
Tetos rarely donated free promo records to producers of shows and radios and did not stop collaborating and recording young and unknown artists from around the world for decades. The slogan he used for his company was "A World Of Music"! Standard (later known as Colonial) went through all the stages of record production, 78rpm records for gramophones, LPs and 7 "singles, 33rpm and 45rpm. Its releases existed until the late 60's and it is unknown when Tetos Demetriades died and what happened to both his huge archive and his record label itself. 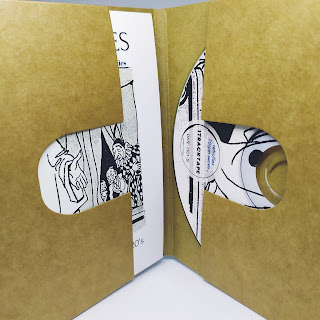 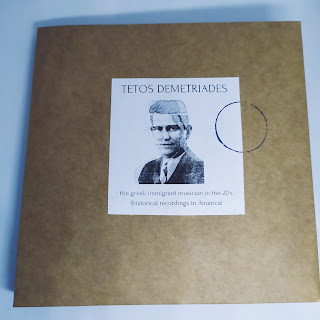 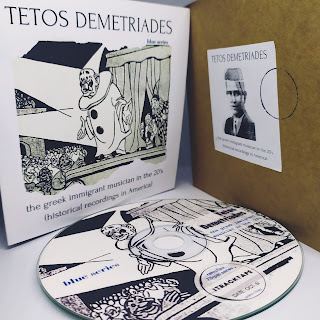 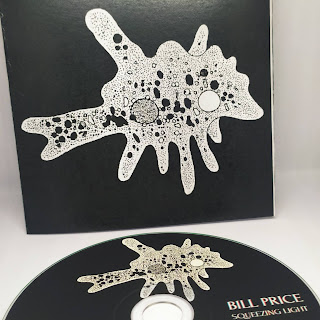 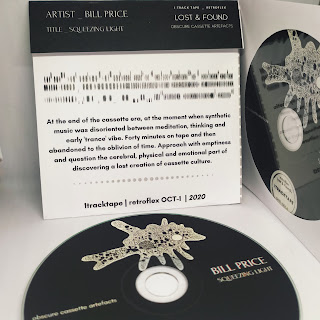 At the end of the cassette era, at the moment when synthetic music was disoriented between meditation, thinking and early 'trance' vibe.
Forty minutes on tape and then abandoned to the oblivion of time.
Approach with emptiness and question the cerebral, physical and emotional part of discovering a lost creation of cassette culture. 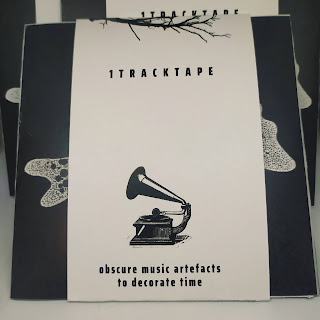 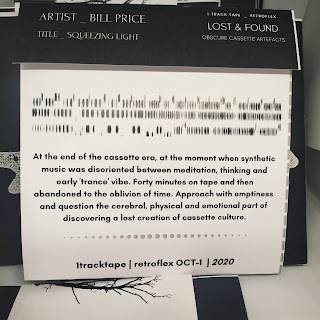 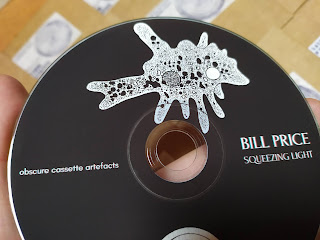 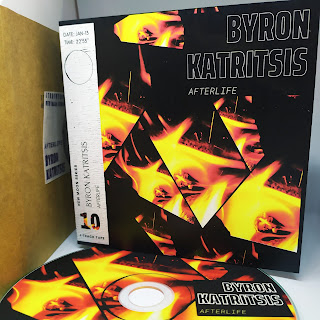 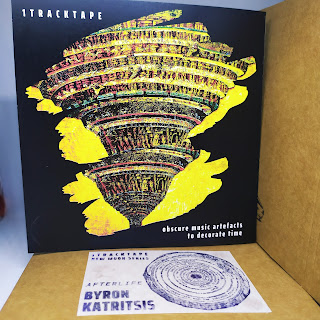 We begin from the zero point, where we have no knowledge, we only accumulate experiences. The years go by, many steps and more scenes capture our eyes and are endless. We are a set of experiences. The chapters are divided into music, literature and poetry, painting and other lesser interests. So we fill this bag with whatever we find interesting. What a pity that we can not transmit this knowledge ... In another life, in an afterlife... 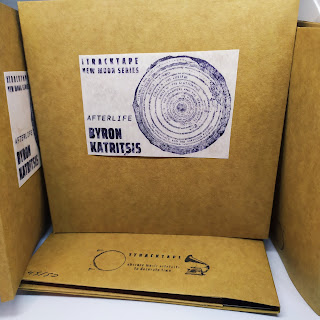 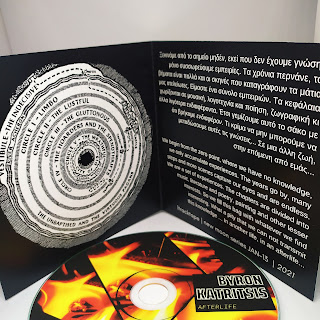 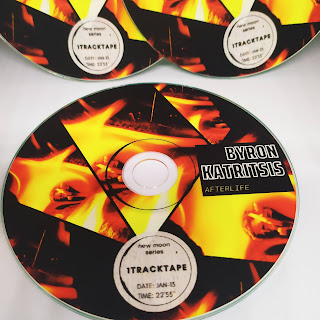 Byron Katritsis was born in Athens, Greece in 1980. He is a theatre / cinema music composer, a singer/songwriter and a member of bands such as Neon and Byron's girlfriend. He also publishes music under the alias of Opsis. His work has been presented in numerous theatres and festivals. His musical style varies from experimental electronic to folk songwriting. 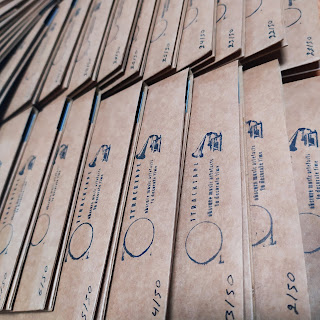 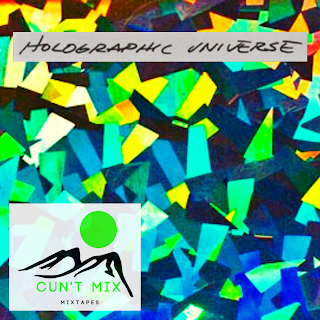 You can stream the mixtape @ mixcloud:

You can check the physical copy @ discogs:

CDR & BOOK special release, disc fits inside a uniquely crafted case.
Black vinyl cdr, hand sprayed and placed inside a black slim dvd case, each decoriated with a green tree leave as front sleeve and a painted destroyed disc as back sleeve. A painted postcard with hand written numbering is included inside the case. Illicit Tapes green sticker on front. All inside a plastic protective bag.
Book about mountain Olympus in Greece. Bilingual edition (Greek-English) with history, stories and b&w photographs about the mythical mountain.